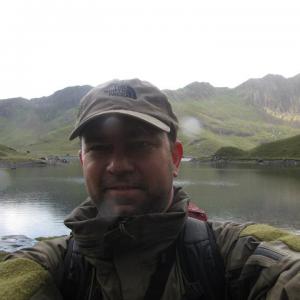 Mark earned his BA in English Literature from Virginia Tech in 1994.  He was accepted to FSU, and attended graduate school from 1994-1997 completing all his academics and comprehensive exams. He completed his M.A. in Anthropology from FSU in 2010.

Mark entered the US Air Force earning his commission through FSU ROTC in 1997.  He entered flight training at Naval Air Station Pensacola.  He spent the next 20 years stationed in Japan, England and the US flying EC-130H (Compass Call), and as a special operations Air Commando flying MC-130H (Combat Talon II) and U-28 (Draco).  Mark participated in operations world-wide, to include operations in the Balkans, Eastern Europe, Afghanistan, Iraq, Yemen, Northern Africa, South and Central America, and SE Asia, to include humanitarian support for the SE Asia Tsunami and Haitian earthquake, amassing 2,500 flight hours and over 500 combat hours.  Mark retired in 2017 after working or deploying in over 70 countries, where he constantly employed his anthropology background.  Mark's thesis was based on his utilization of sociolinguistic techniques to support operations in Kosovo.  Mark also acted as an advisor to the USAF Cultural study programs and the US Army Human Terrain System program.