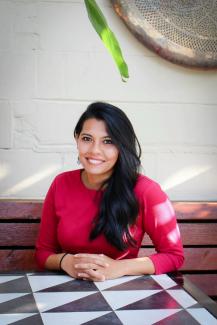 Office hours are Mondays and Tuesdays 1-3pm, and by appointment.

Dr. Choeeta Chakrabarti earned her PhD in cultural anthropology at the University of Florida (2018), and has an MA in Sociology from the University of Hyderabad, India (2011). Dr. Chakrabarti is interested in the study of contemporary white nationalism in America. Her mixed-methods research combined participant observation, semi-structured interviews, free lists, personal network analysis and questionnaires to identify the central tenets of alt-right ideology, what motivates people to adhere to the ideology, and understand how those views are influenced, sustained and reinforced by their immediate social context. Dr. Chakrabarti's scholarship contributes to the understanding of the process through which white nationalist rhetoric is circulated and maintained, and how a person’s perceptions and immediate social context (specifically personal networks) together influence belief and behavior. Her next project will focus on microaggressions and racism against religious social groups across U.S. college campuses.

Dr. Chakrabarti has also worked as a medical anthropologist at the Institute for Child Health Policy at the University of Florida, and is interested in the impact of social determinants of health on health disparities.

She has taught courses in Human Sexuality and Culture, General Anthropology, and Anthropology of Religion.