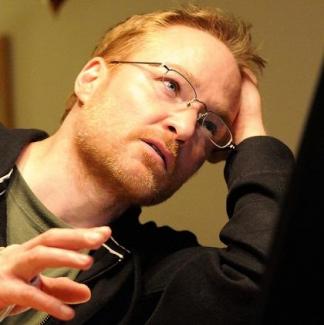 Joseph Hellweg (Ph.D., 2001, University of Virginia, Anthropology). I am a cultural anthropologist with interests in religion, Islam, politics, performance, and health in West Africa, where I have done over five years of fieldwork?in Cote dfIvoire, Guinea, and Mali. I speak French and Manding fluently and have acquired basic reading and writing competence in the Nfko alphabet for writing Manding.

My research has focused on social movements organized around or in tandem with religious practices and ideologies. I have written extensively on Benkadi, the dozo huntersf security movement of Cote dfIvoire. More recently, I have begun to explore a literacy and healing movement in Guinea and Mali centered on the use of an alphabet called gNfko,h invented in West Africa in 1949.

In my teaching, I attempt to bring to awareness the implicit cultural categories that organize daily life, especially in Africa and the United States. I also train students in the theoretical and methodological approaches necessary for an empirical understanding of and engagement with these categories in their academic and everyday lives.